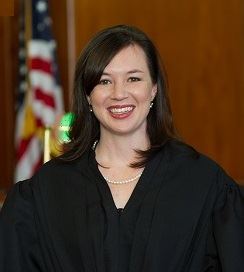 Appointed to the Circuit Court of Shelby County in 2016 and elected to the bench in 2018.
Education:


“Outstanding Judge of the Year” 2019 Chancellor Charles A. Round Memorial Award given by the Young Lawyer’s Division of the Memphis Bar Association
“Twelve Most Outstanding Women in the Judicial System” chosen in 2018 by the Memphis Inter-Denominational Fellowship Inc.
2018 American Swiss Foundation Young Leaders Class. One of 25 Americans chosen to participate in a leadership conference with 25 Swiss. Each person was chosen based on his or her professional accomplishments and leadership.
2018 Memphis Bar Foundation Fellow
2016 Rising Star for Super Lawyers
2015 Rising Stars for Super Lawyers

Wife and mother, and member of Christ United Methodist Church